I joined a group on the ‘Swiss 4000'ers - an intermediate level alpine mountaineering course run by Jagged Globe Mountaineering in August 2004.


The course was attended by Sir Ranulph Fiennes as part of his build up to Mount Everest in 2005.


Mountain walk to the Brittania Hut 3030m for acclimatisation. A two hour walk from the Plattjen lift at 2570m and descent across the Chessjen Glacier to the Felskinn lift.


Team assembles and ascends to the Brittania Hut with overnight stay.


Ascent of the Allalinhorn 4027m by the Hohlaubgrat route (PD) and descent by the Ordinary Route (F). Note that the Alpine Club guide rates the ascent as AD due to the 30m rock step just below the summit. Ascent 1060m, descent to the Mittel Allalin (‘Alpine Metro’) 590m. 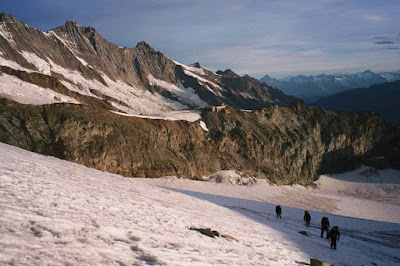 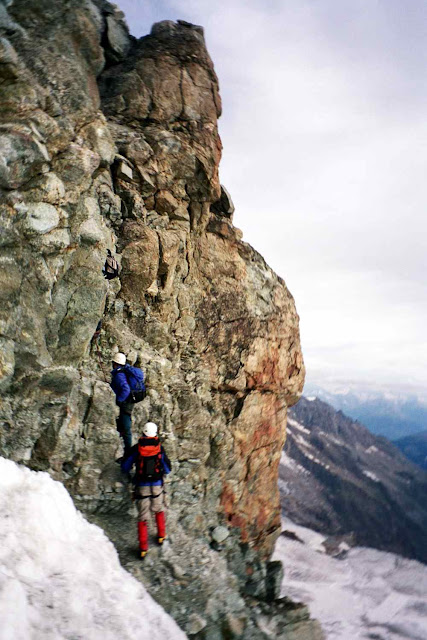 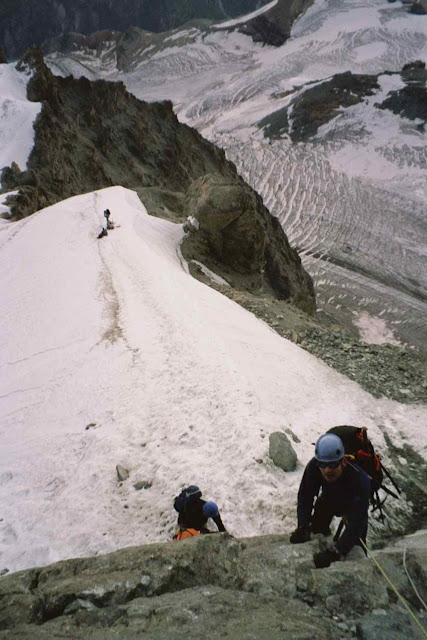 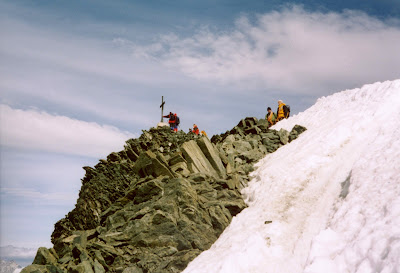 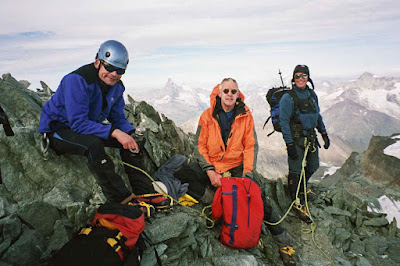 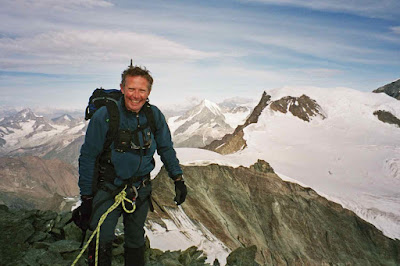 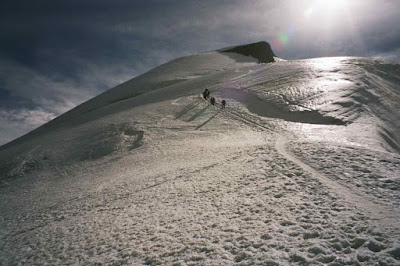 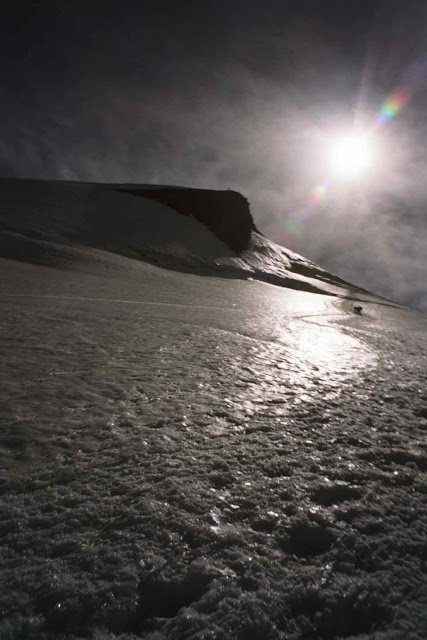 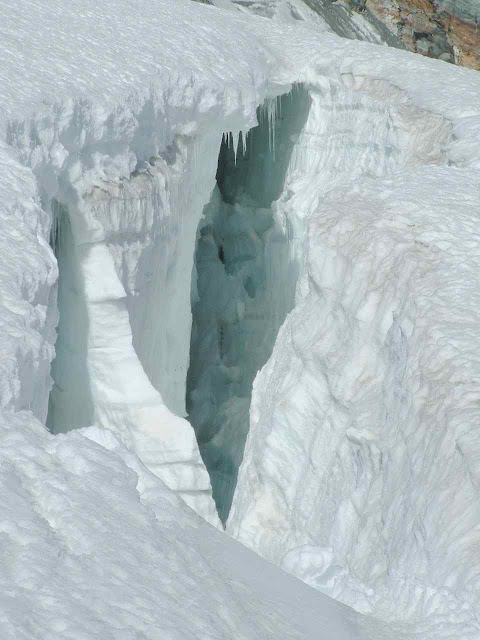 Ascent of Weissmies 4023m via the Hohsaashaus (3098m), then on to the Trift Glacier to West summit (p3820m) then to summit via West Ridge (PD). Planned descent to the Almageller Hut via the South East Ridge aborted due to deteriorating weather conditions from the Italian side. Reversed route to descend. Ascent ~900m, descent same. 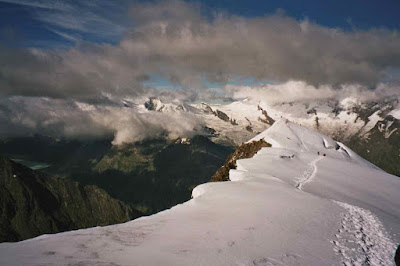 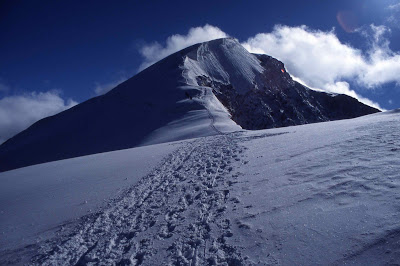 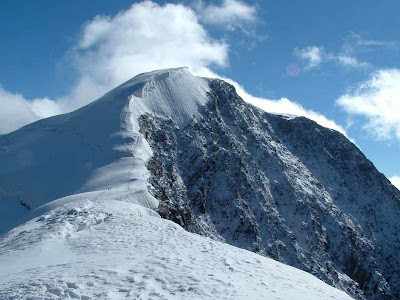 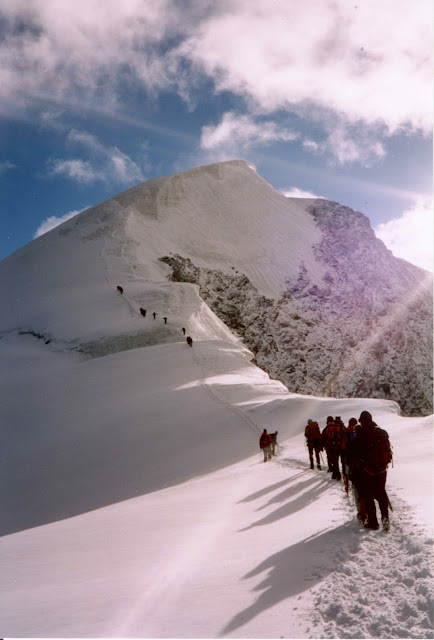 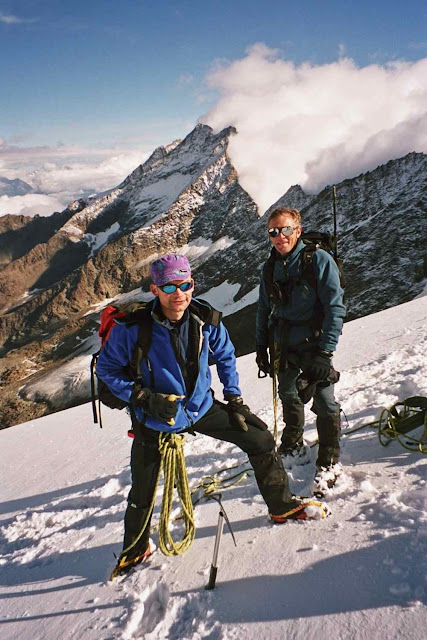 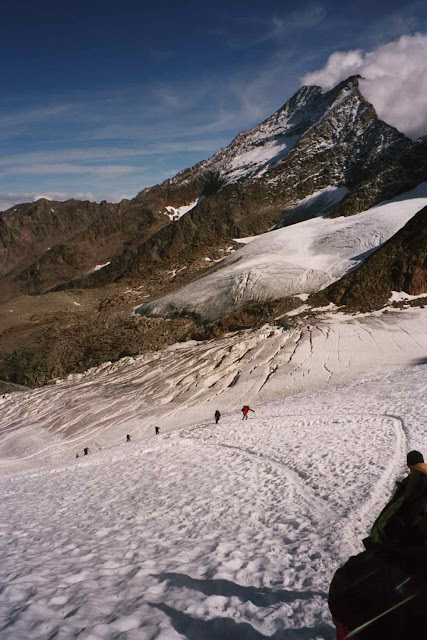 Climb to Mischabel Hut 3329m from the Hannigalpe lift. Ascent involves scrambling and some steeper rock sections aided by wire cables and one ladder.