Attempting to escape the gloom of the UK once again, this time I'm exploring the Sierra Subbéticas, a large area of limestone upland a couple of hours drive north of Malaga. It offers some good walking with expansive views and very few people, key criteria in my book!
The region is dotted with attractive little towns like Zuheros, Luque and Zagrilla Alta, with whitewashed architecture set in prominent locations and usually sporting Moorish fortifications and castles. 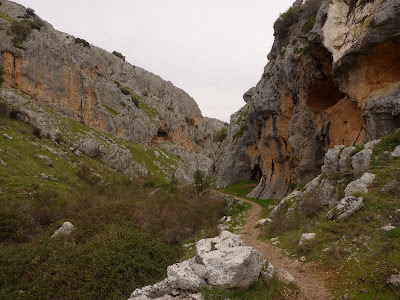 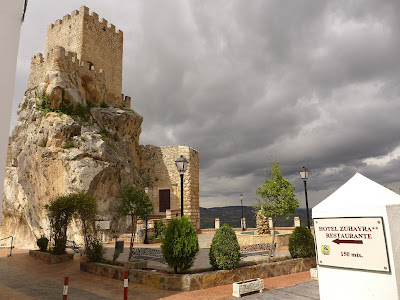 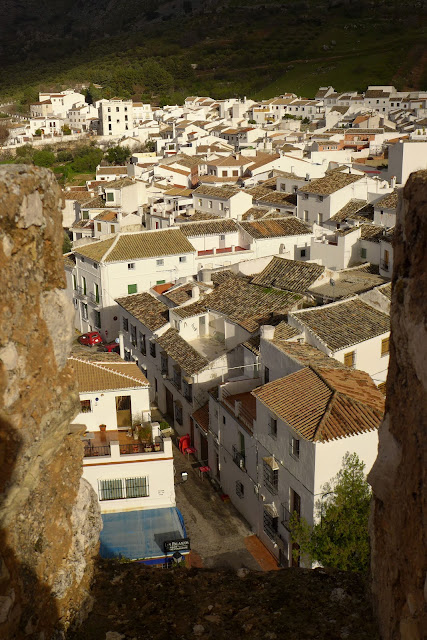 The walking often involves gorge walking, the gorge walls dotted with caves and a Mecca for local climbers, and some easy summits like Bramadero Hill above Zuheros and Monte Abrevia above Doña Mencia, both around 1000-1100m. This is a Parque Naturel, so farming is limited (mainly sheep and goats), and there are vast swathes of olive and almond trees around. Vultures and peregrine falcon soar above you in the thermals.

For easier walks there's the Via Verde, nicely surfaced paths for walkers and cyclists, which follow the old defunct railway routes in the region. Very quiet, apart from birdsong, and they take you through olive groves, across viaducts, and give sweeping views across the rolling rural landscapes.
Although I'm early in the year, it's a botanists paradise around here too, although this is all beyond my knowledge, my own predisposition being to gravel and bark everything and dose borders at home with industrial quantities of weed killer.

Once again I've travelled with Headwater, a good little walking company who seek out characterful hotels in good spots, and supply decent walking notes. This time I'm staying in the Hotel Zuheyra in Zuheros, providing simple rooms with great views, and wonderful food and hospitality.

Zuheros itself is an interesting little town, nestling at the foot of the Bailón gorge and with a spectacular 9th century Moorish castle dominating the valleys below. Great views from the turrets at the top. And 4km up a narrow mountain road with great exposure, there's the 'Cave of the Bats', Cueva de los Murciélagos. Not recommended for those with claustrophobia or a dislike of steep steps, this is definitely worth a visit. Lighting is sympathetic and the stalagmite - stalactite formations are awesome, especially in what they call the 'Organ Room'. You start at 980m, so fine views from the cave entrance and then clamber down and up about 700 steps, some a little steep, and care is required on stretches where the roof is dripping, but there's steel guide rails to protect you. 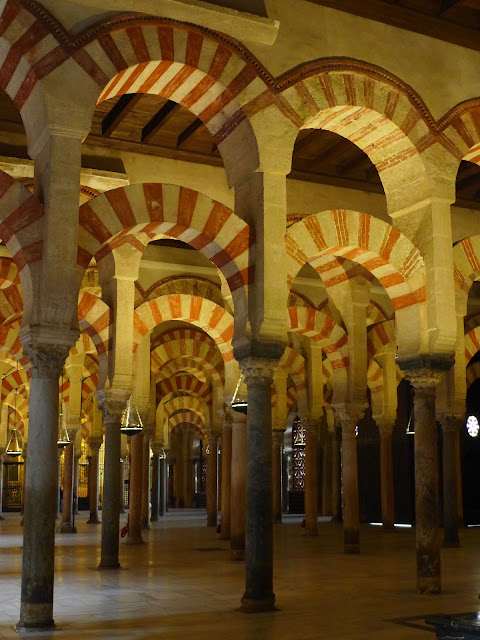 Córdoba is an hour's drive to the northwest, and this is an amazing little city, well worth a visit. Founded by the Romans on the highest navigable point on the Rio Guadalquivir, subsequently invaded by the Moors in 711, then returned to Christianity in 1236, this city is steeped in well-preserved history. There's also a substantial Jewish quarter.
The Moors built the huge mosque, the Mezquita, but when the Christians re-established control, they created a cathedral within the mosque rather that demolish it...it has to be seen to be believed...even the minaret is embedded in the tower of the cathedral.

It's an easy city to cover in a day, and best approached from the east across the Puenta Romano, the original Roman bridge, guarded by the nicely restored Torre de la Calahorra at the eastern end. The river was in spate during my visit, with fallen trees racing underneath the bridge in the swollen waters.
There are some other interesting features, including a large Roman temple, and the best place to find quality food is in the Jewish quarter, La Juderia.
The drive to and from Zuheros was interesting too. A great flock of kites soaring over the rolling chalk hills around Santa Cruz, and, surprisingly a Camino de Santiago sign marking the long south to north variant of the famous pilgrimage route to Santiago de Compostela as it passes through Castro del Rio.
Posted by Colin Stump at Saturday, March 09, 2013 No comments: